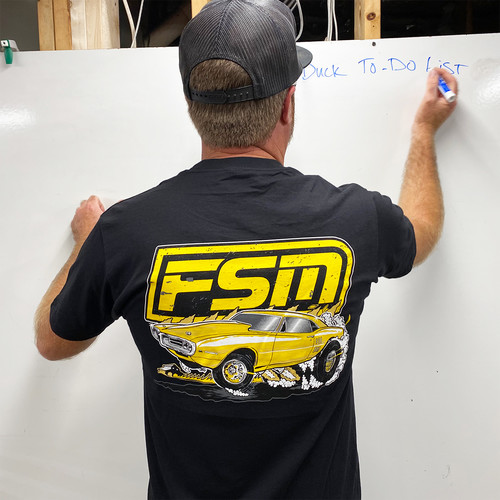 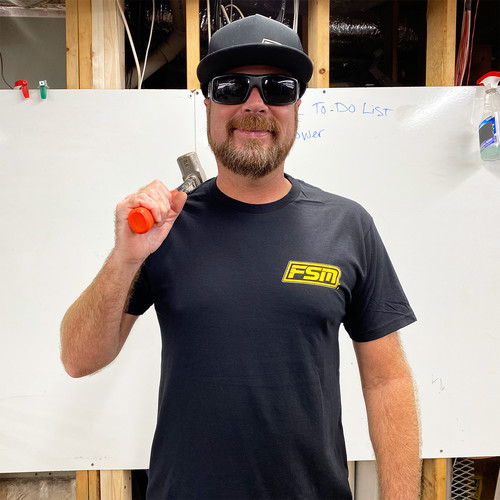 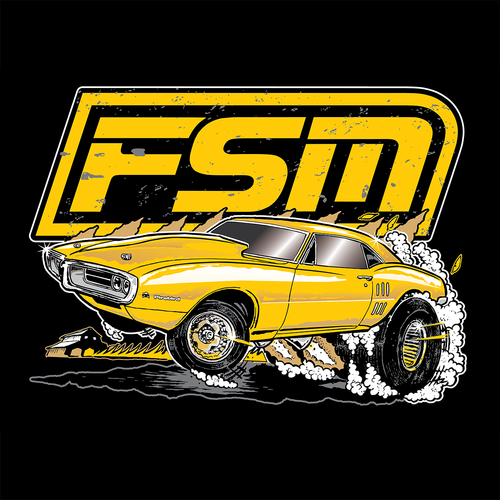 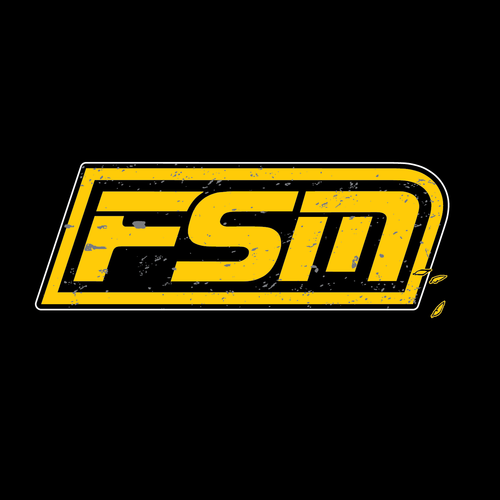 Shipping Info ▾ Size & Product Details ▾
$2 for each item +
per order
An "order" can have multiple items.
Currency is in USD.
We ship to all APO and FPO military addresses.
The Rubber Duck Tee

Got two minutes? Good. Let me tell you a little story.

One day I was filming an episode of Roadkill at Paradise Dragstrip, which is near my home in Georgia. I love this spot. The dragstrip has been operating since 1961 and is an old-school 1/8 mile asphalt track that literally runs uphill. No joke, Blasphemi usually rolls backwards on the starting line when I take my left foot off the the brake and stab the clutch. It’s so cool! Anyway, we wrapped the shoot when Brett, who works at the track, asks me if I’d seen the junkyard. All I saw surrounding the track were trees so I had no idea a junkyard was nearby. Well, his idea of a “junkyard” and mine are very different. The “junkyard” was a forest full of old cars just out of sight that Otto, who had owned the dragstrip until he passed away about 10 years earlier, had filled with vintage Ford, Chevy and Chryslers. The forest was amazing and as I toured it I made a mental note of all the cool rescues we could make happen the next time we were at the track.

We spent about and hour cruising the forest and then Brett took me to a barn that looked straight out of an old western movie from the ‘50s. When he pulled the creaky center door open, there sat this very 1967 Pontiac Firebird. I drooled over the dust-covered and cracked fiberglass hood. I marveled at the huge by large tires, which sat flat as a pancake on the dirt floor. The vintage speed parts, the no-nonsense interior—it was obvious that this was a car that had seen action at Otto’s dragstrip. In fact, it was the last car Otto had raced at Paradise. I had to have it so I struck a deal to buy the Bird and then come back and rescue it from the barn. My friends and I came back the very next day with a canopy, a truck bed full of tools, and the kind of determination that only comes with working hard toward something truly special.

David Newbern cleaned the fuel system. Daniel Boshears and I primed the engine and checked the valve lash of the solid lifters. We scoured the barn for a used set of spark plug wires to top off the used HEI distributor we borrowed from my ramp truck. Before long, we had weathered a downpour, out-dueled spiders, and filled all four flat tires with non-numbers-matching air. The unknown big-block Chevy roared to life and settled into a dull thump as the gear drive whined away for the first time in nearly 16 years. The Turbo 400 trans shifted smoothly into gear and in the dead of night, Brett and I idled the Bird from the barn to the starting line at Paradise. It was there that the Pontiac did its first burnouts in nearly two decades. It did one more with Otto’s widow riding shotgun!

It was an unforgettable adventure that is being turned into an upcoming episode of Roadkill. Weeks after we pulled the Bird from the barn, we filmed a second episode of Roadkill with the car, this time taking it on a ridiculous road trip from Georgia to Texas to do a bit of grudge racing. Along the way we named the car The Rubber Duck because it’s yellow, it always seems to rain whenever we work on it, and it has a stupid amount of rubber beneath the rear quarter panels. This car rules and so does the new Finnegan Speed and Marine tee-shirt dedicated to it. I hope you love the art on the shirt as much as I love staring at the real thing in my garage.