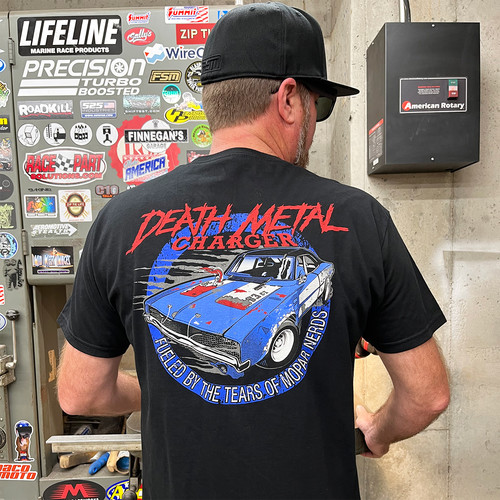 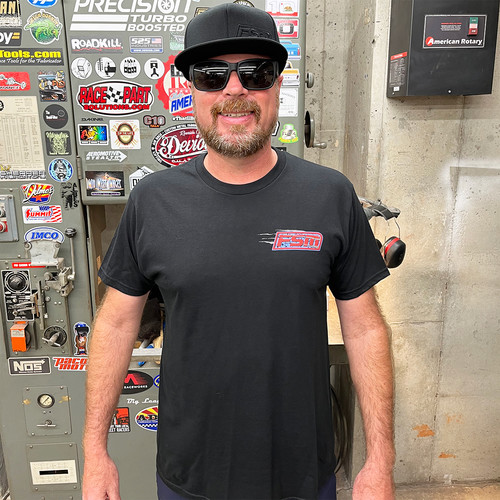 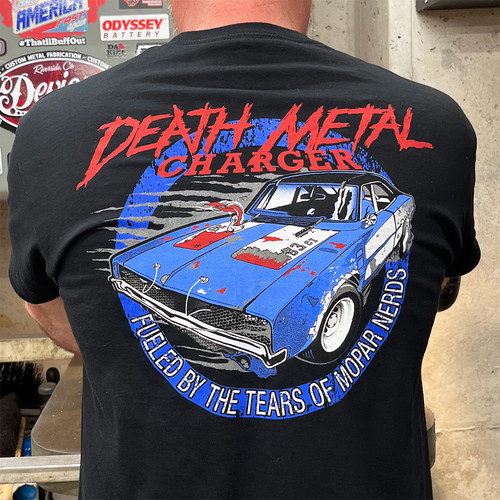 Shipping Info ▾ Size & Product Details ▾
$2 for each item +
per order
An "order" can have multiple items.
Currency is in USD.
We ship to all APO and FPO military addresses.
The Mopar Nerd Shirt

Once upon a time there was a guy who bought a really haggard version of a classic car. He got together with his good friend, Tony, and rebuilt the car, making sure to keep it as original as possible.

The duo then tracked down the original owner of the car and drove many miles to show him what they had done. The OG was unimpressed. In fact, he refused to drive or ride in the car. A lesson was learned and the duo drove back home. They were sad. Months went by and the car languished in the shadows. It was an uninspired build; a car crafted for somebody else and that somebody did not love the car. So, the duo got together again and rebuilt the car with a vibe all their own.

They unleashed the beast upon the world.

Fun was had and then chaos ensued. The Internet was divided. Some got it and some didn’t. Those who didn’t are now referred to as “Mopar Nerds.” Enjoy this soft shirt I have created to commemorate the day the Death Metal Charger pissed off every Mopar Nerd on the planet.