✓ Open
May 24, 2020
Orders may be delayed slightly, but we are working safely to get you your orders asap. 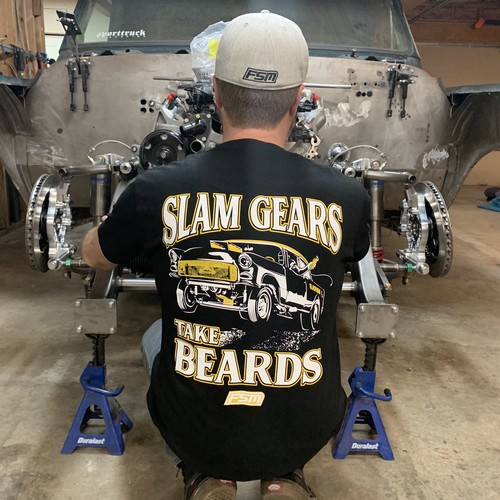 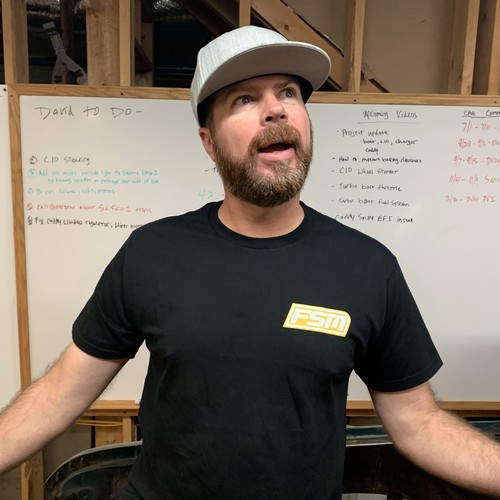 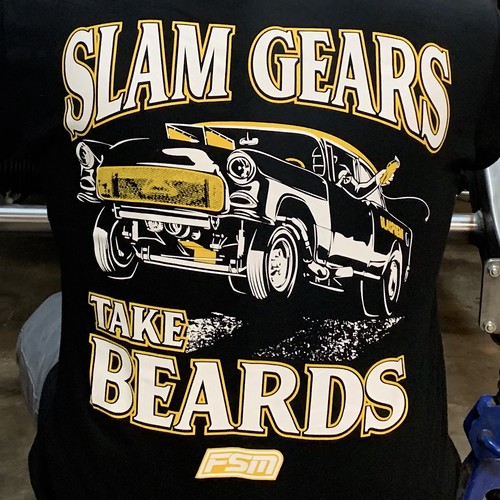 Shipping Info ▾ Size & Product Details ▾
$2 for each item +
per order
An "order" can have multiple items.
Currency is in USD.
We ship to all APO and FPO military addresses.
The Bangshifting Barber Shirt

Ya mess with the bull, ya get....the Clippers!

Back in 2018 a dude named Jon Chase called me out for a grudge match - his Tri-Five Vs. Blasphemi head-to-head in a 1/4 mile drag race. The winner got a sweet trophy and the loser had his beard shaved completely off his face right then and there at the dragstrip in front of thousands of people.

Guess who still has their chin whiskers? This guy!!!

We finally lined up on February 9th, 2019 and when the tire smoke cleared, Blasphemi had put bus lengths on that other car. It was Blasphemi’s first grudge match victory and during that same weekend Blasphemi also pulled its first legit skyscraping wheelie!

Cementing a legend doesn’t come easy, though, and once again the world’s most unreliable Hemi needs a full rebuild. To commemorate the feat and buy a new set of pistons, I’m releasing the Bangshifting Barber shirt. Owning this shirt will feel just like you were there even if you weren’t. Trust me, this shirt is just as satisfying as actually showing up to the race, spending 9 bucks for a beer, 7 dollars for a hot dog, 3 bucks for some ear plugs, and then missing the race when that hot dog wreaks havoc on your colon and you end up in the can, when I’m slammin gears and taking beards.