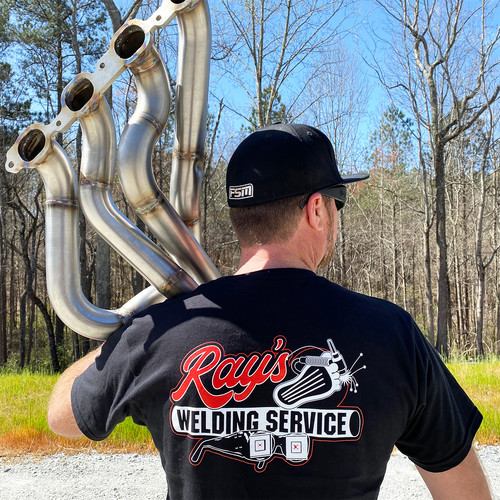 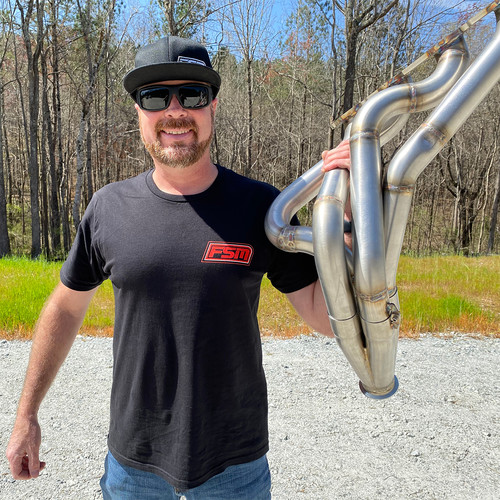 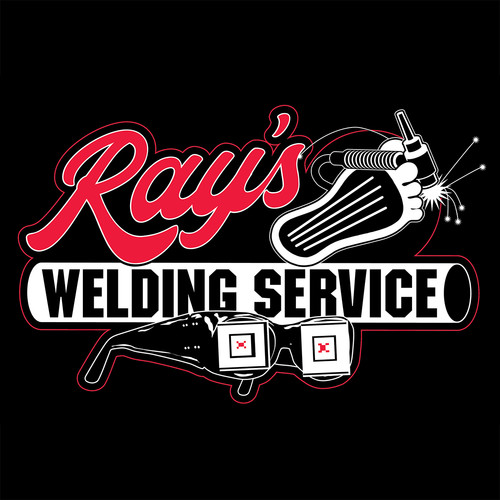 Shipping Info ▾ Size & Product Details ▾
$2 for each item +
per order
An "order" can have multiple items.
Currency is in USD.
We ship to all APO and FPO military addresses.
Ray’s Welding Service Shirt

This shirt has a story behind it, and it begins with a failure on my part; You see, I learn more from failure than I do success. In fact, most of the successful moments in my life I cannot even recall, but the missteps and utter disasters? They are ingrained in my brain like the color code for the right rear speaker wires of a 1976 Chevy Camaro, which, by the way, are Dark Blue and Light Blue. I remember those colors because I installed several audio systems in the car before I totaled the Camaro during a rainstorm.

While I cannot remember most of the races I’ve won and barely recall the sequence of events that led to winning a championship in drag boat racing, I can recall the exact moment I got the idea to create the Ray’s Welding Service shirt design; it was during a road trip.

David Freiburger and I had just spent three weeks thrashing on my 1955 Chevy Bel Air, Blasphemi, before driving it cross-country. During the build, I had taught myself to TIG weld, and it was doing OK. The welds on the roll cage were safe, the welds on the first set of headers I’d ever TIG-welded were atrocious. I didn't really care because I was just happy the car moved under its own power. The good feeling lasted for several days until we stopped by Midwest Street Cars in Oklahoma.

It wasn’t long before Big Chief uttered one of the most hilarious things I’ve ever heard in my life; He took one look at the fender well headers on my car and said that it looked like Ray Charles had welded them with his feet. It was hysterical and embarrassing and also incredibly motivating. Lucky me, only a few million people saw the exchange between us because it was all captured during an episode of Roadkill. Since that I dedicated myself to becoming a better welder and Big Chiefs words have stuck with me. I don’t remember much else from that trip but I’ll always remember the day I got called out for being a sh%tty welder and the day I got the idea for this shirt design.