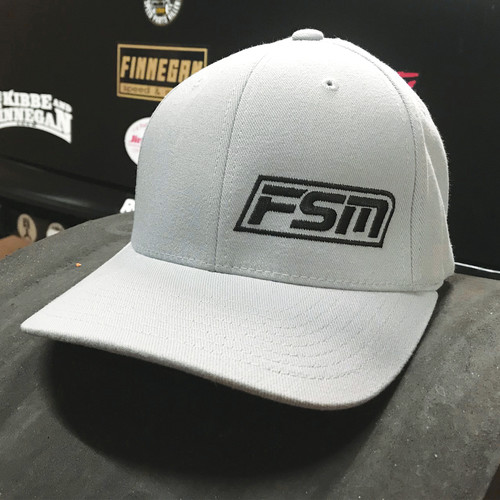 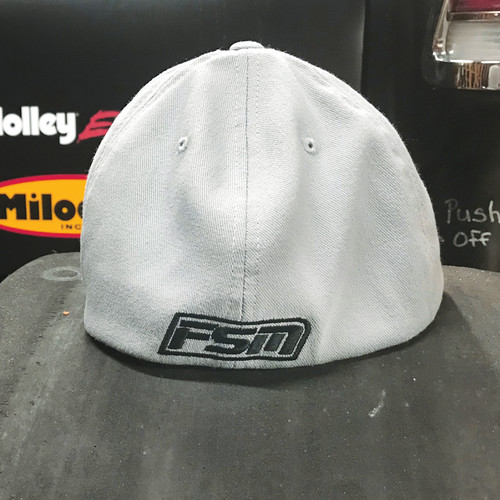 Shipping Info ▾ Size & Product Details ▾
$2 for each item +
per order
An "order" can have multiple items.
Currency is in USD.
We ship to all APO and FPO military addresses.
Gray FSM Curved Bill Hat

Beat the heat and switch up your style with the new Pro Fit, "moisture-wicking" Finnegan Speed and Marine CURVED BILL hat.

What the hell does moisture-wicking mean? It’s a fancy pants term that companies like to throw on a hat with tiny, microscopic holes in it just so they can charge you more. Not this time! This hat doesn’t cost more just because you’re gonna sweat less when you wear it.

In fact, if you consider all of the awkward situations that you’ll avoid by wearing this fine piece of outerwear then it’s actually paying you to wear it. Trust me, the math adds up like my dad on a Par 5 after a few beers. Need an example? Say no more!

Imagine yourself posted up in NYC on a warm August afternoon. The scorching orb that is Earth’s sun is beating down upon the fine citizens of New York and it’s taking a toll. Tempers are flaring like a busy night at an oversold seafood buffet. You’re three deep in line at a hot dog vendor and the mercury is rising. Everyone smells like Roseanne Barr’s pits after a back-alley arm wrestling match except you.

That organic, dolphin-free, 100% recycled aluminum stick of deodorant is doing its job and so is your sweet FSM hat and thank God it is because just before Joey BaggaDoughnuts hands you a steamy hot link, a sweet young thing trips over her five-inch tall Steve Maddens and falls right into your arms. Her beautiful head lands right under your chin and because your dome is sweat-free and smelling fresh she doesn’t recoil at the thought of whispering something nice to a total stranger who just saved her from a surefire concussion.

You do the right thing and offer her your sausage and she drops the digits. She walks away with your lunch and you leave the scene with a renewed sense of confidence not felt since that time in that place where that thing happened that nobody talks about. This, my friend, doesn’t happen with just any hat on your head in August no matter where you live.

So avoid embarrassing man-sweat situations by copping the new FSM moisture wicking hat in Cool Guy Gray and give the sun the middle finger.